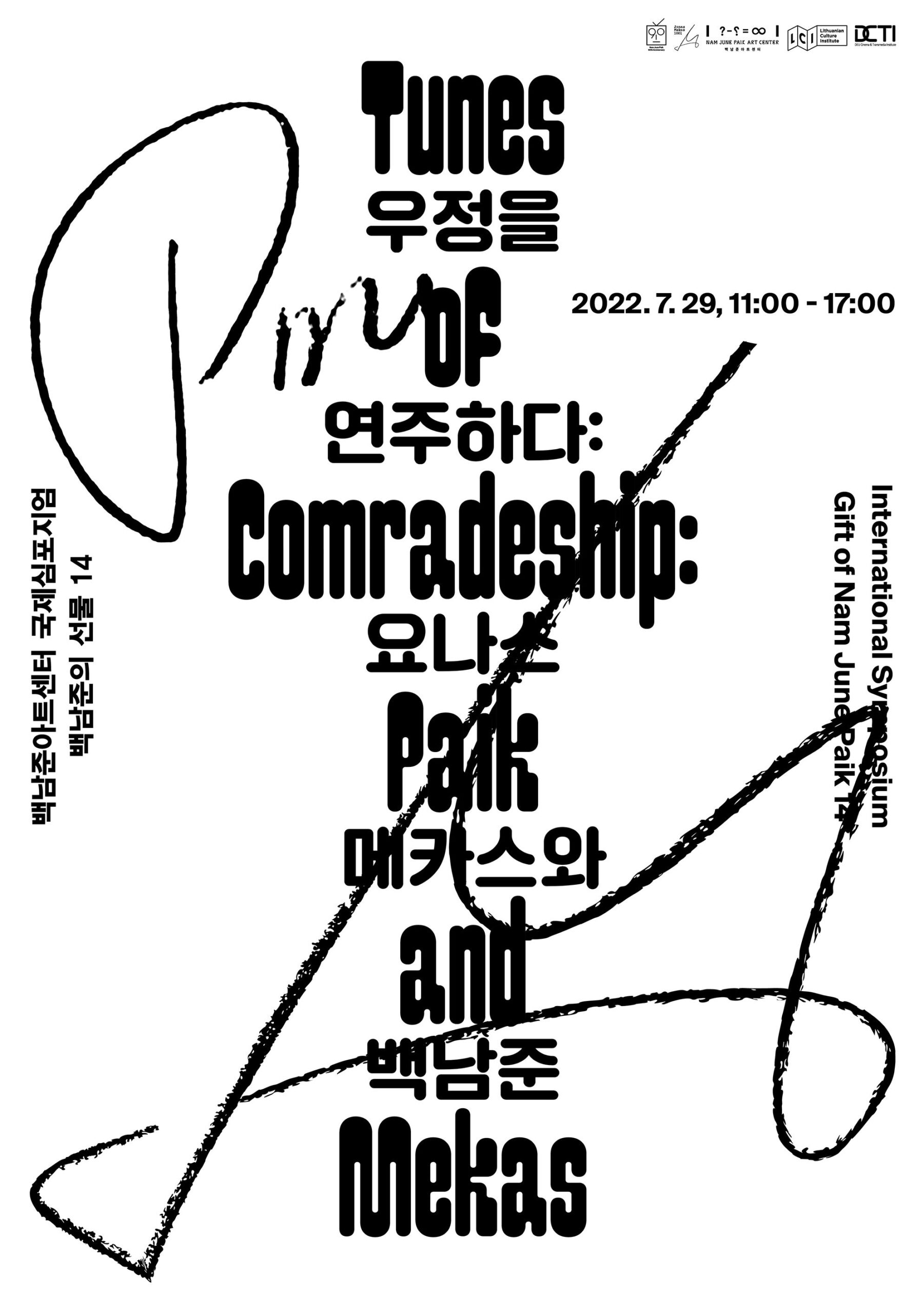 This year marks Jonas Mekas’s centenary and also Nam June Paik’s 90th anniversary. In commemoration, Nam June Paik Art Center organizes the 14th edition of its symposium series Gift of Nam June Paik, in collaboration with Lithuanian Culture Institute and Dong-Eui Univ’s Cinema & Transmedia Institute. Centered around Fluxus movements from the late 1960s in New York, Paik and Mekas, truly avant-garde artists of the time, were one of the closest friends to each other. In 1968, they performed a political Fluxus performance in which the UN Charter was read in Korean and Lithuanian respectively, and Nam June Paik performed a series of performances such as <Fluxus Sonata> in Mekas’ Anthology Film Archive.

The symposium is open only to those who have registered in advance. Pre-registration will be accepted through the Nam June Paik Art Center website from July 8 (Fri).