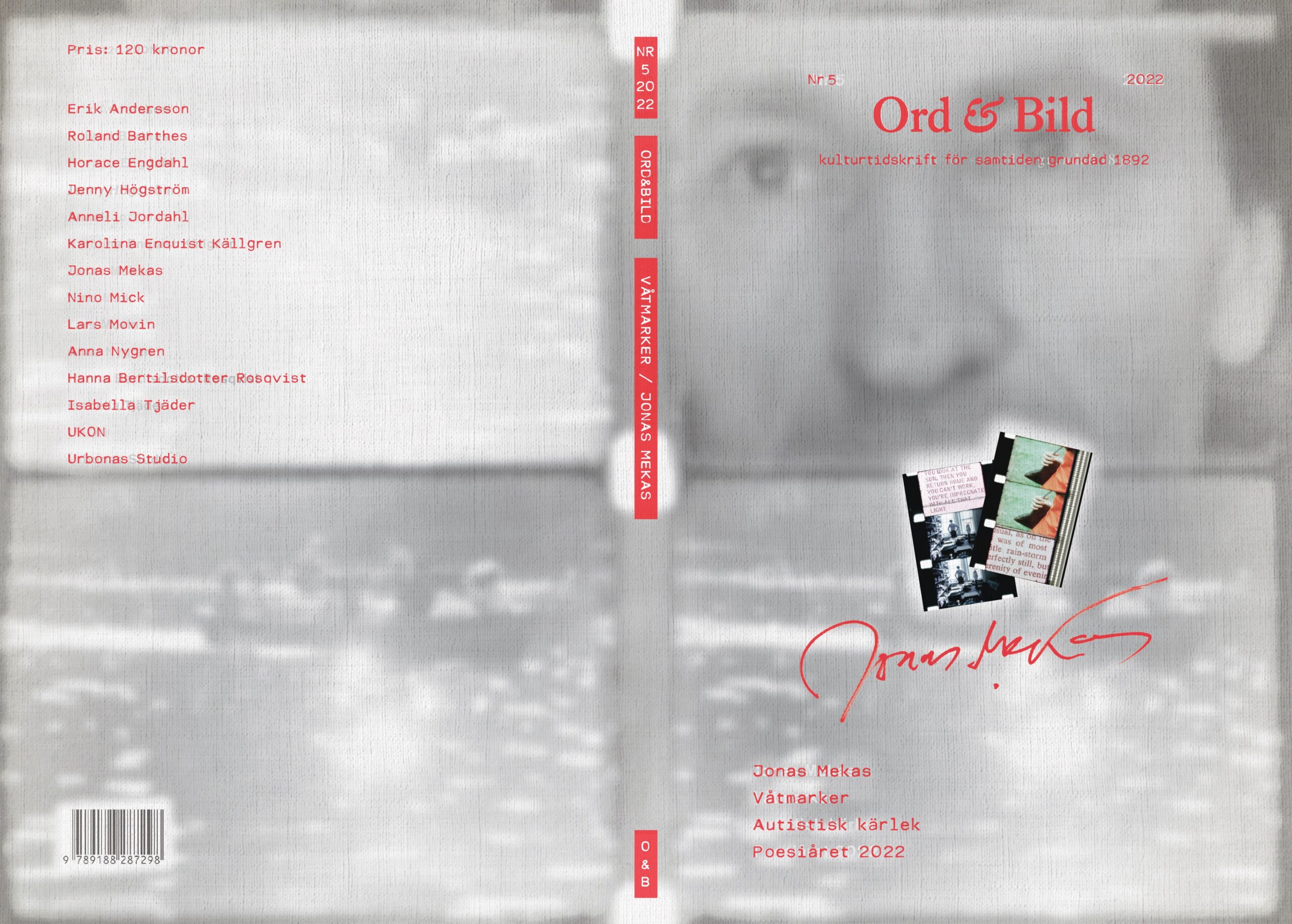 Ord&Bild (”Word&Image”) has been published since 1892, which makes it the oldest cultural journal in Sweden. The final issue of the printed journal on its 130-year jubilee (no. 5.2022) includes a section specifically dedicated to Jonas Mekas and the essay film Walden. Contributions by: Isabella Tjäder (SE), Lars Movin (DK), and Urbonas Studio (LT/US) as well as still images from Jonas Mekas film Walden and his poetry, translated into Swedish by Liana Ruokyte-Jonsson and Mikael Nydahl. The issue also includes a discussion on wetlands which is reflected in the Jonas Mekas section.

In parallel to the physical journal, we are engaged in a conversation with Index Contemporary Art Foundation over the course of several months. The results of this more experimental collaboration will be published online during the spring of 2023.

The journal will be released in Stockholm and Gothenburg in January 2023 and will be presented during the screening and discussion session “Diaries, Notes and Sketches pt 2 – Critique, contemplation and editorial outlooks” at Index on 20 January, 2023.

For more information on this issue of Ord&Bild visit link here. 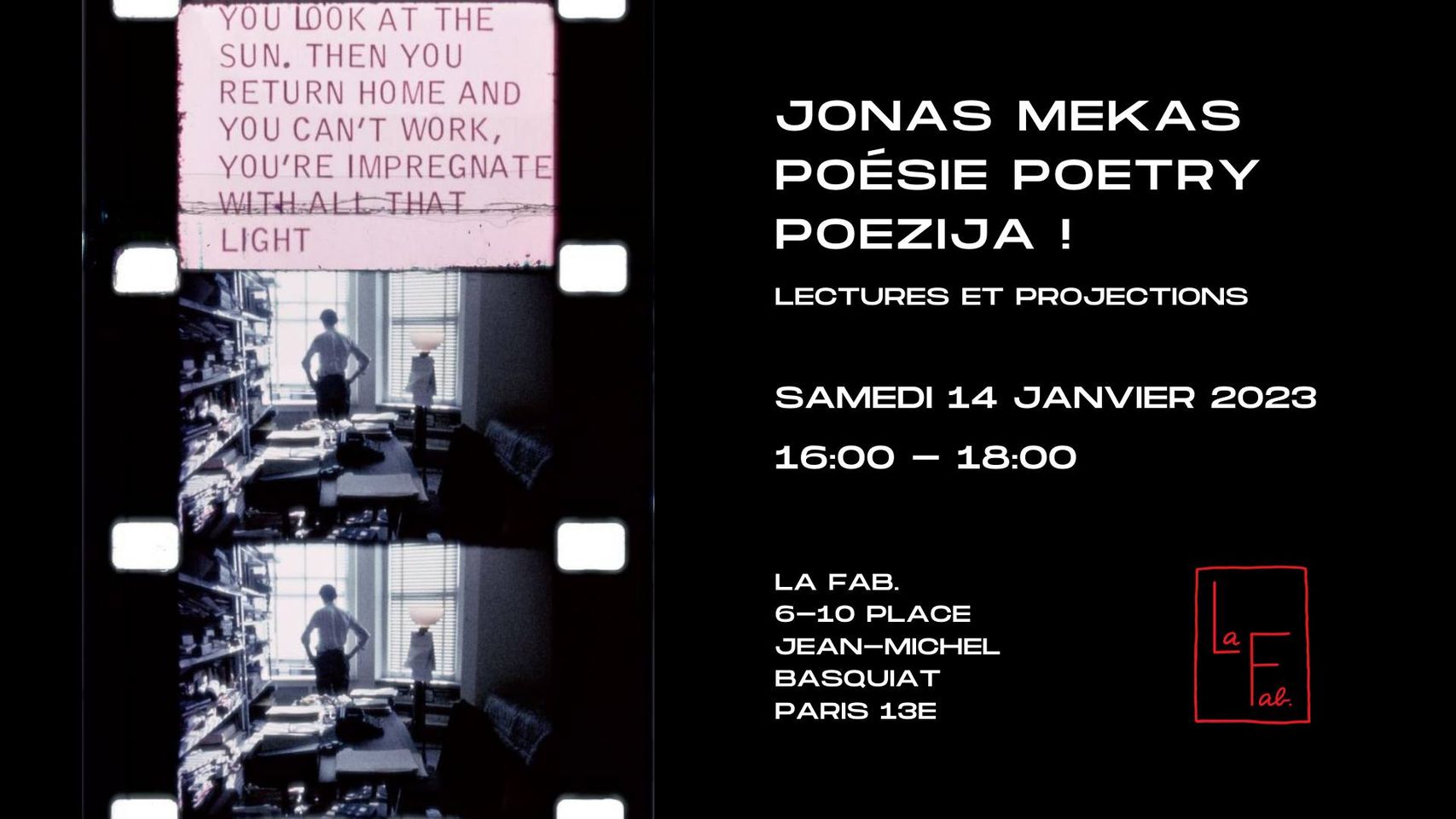 As part of the exhibition “…Poetry?” agnès b. collection (until January 22, 2023 at La Fab.) and the centenary Jonas Mekas 100! La Fab is pleased to present an afternoon dedicated to the poetry of Jonas Mekas. 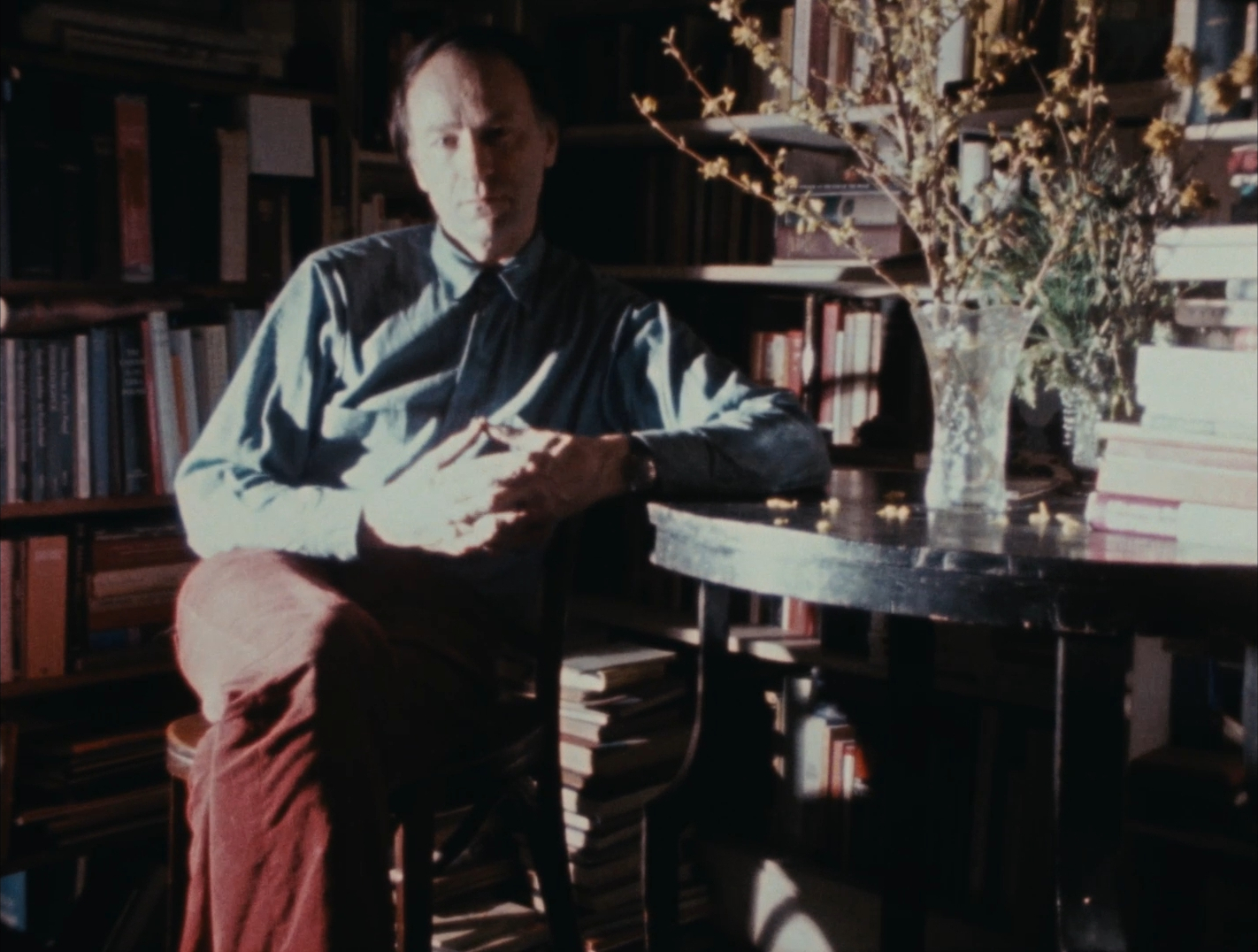 To mark the 100th anniversary of the birth of the Lithuania-born, naturalised American filmmaker, poet and artist Jonas Mekas, Cineteca Milano, in collaboration with the Embassy of the Republic of Lithuania in Italy and Lithuanian Film Culture, presents a masterclass dedicated to Mekas and the screening of the film “As I Was Moving Ahead Occasionally I Saw Brief Glimpses of Beauty” at Cinema Arlecchino.

Jonas Mekas is among the most important figures of the landscape of American independent and experimental cinema. “As I Was Moving Ahead Occasionally I Saw Brief Glimpses of Beauty” is the highest and most complete expression of his artistic and cinematographic thought. Putting together apparently trivial fragments of everyday life, Mekas composes a cine-diary that miraculously transforms itself into a hymn to the complexity, beauty and poetry of life: a unique and unforgettable cinematic experience that reminds us that paradise is here and now. 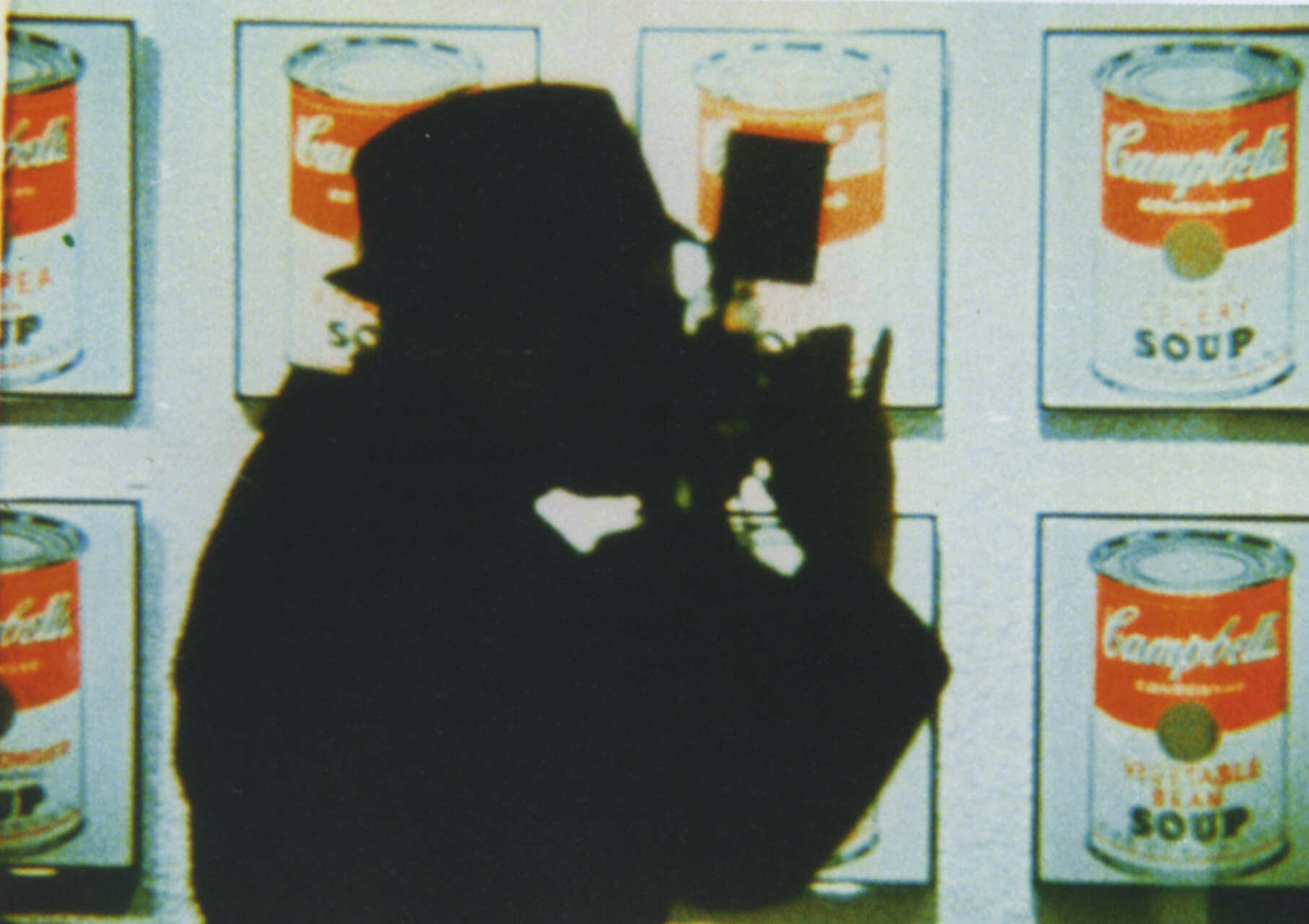 Two simultaneous Jonas Mekas’ film programmes in two main cinematheques of Israel – Tel Aviv Cinemateque and Jerusalem Cinematheque – will be presented for the audience, followed by roundtables and discussions, including local and international interlocutors.

Special screenings as a part of the tribute to Jonas Mekas are foreseen at Tel Aviv Cinematheque:

On 7 November, 21:00 before the documentary film “Fragments of Paradise” (by KD Davison) the opening remarks will be introduced by the curator of the tribute Dr. Ariel Schweitzer.

On 11 November, 12:00 before the film “Reminiscences of a Journey to Lithuania” (by J. Mekas), there will be a discussion on the work of Jonas Mekas, including panelists Sivan Beskin (poet and translator), Tom Shoval (filmmaker), Yael Perlov (producer and editor) and Jennifer Abessira (artist and designer of the program’s poster), moderated by film critic and curator Dr. Ariel Schweitzer .

For a full programme of this tribute at Tel Aviv Cinematheque please visit link here. 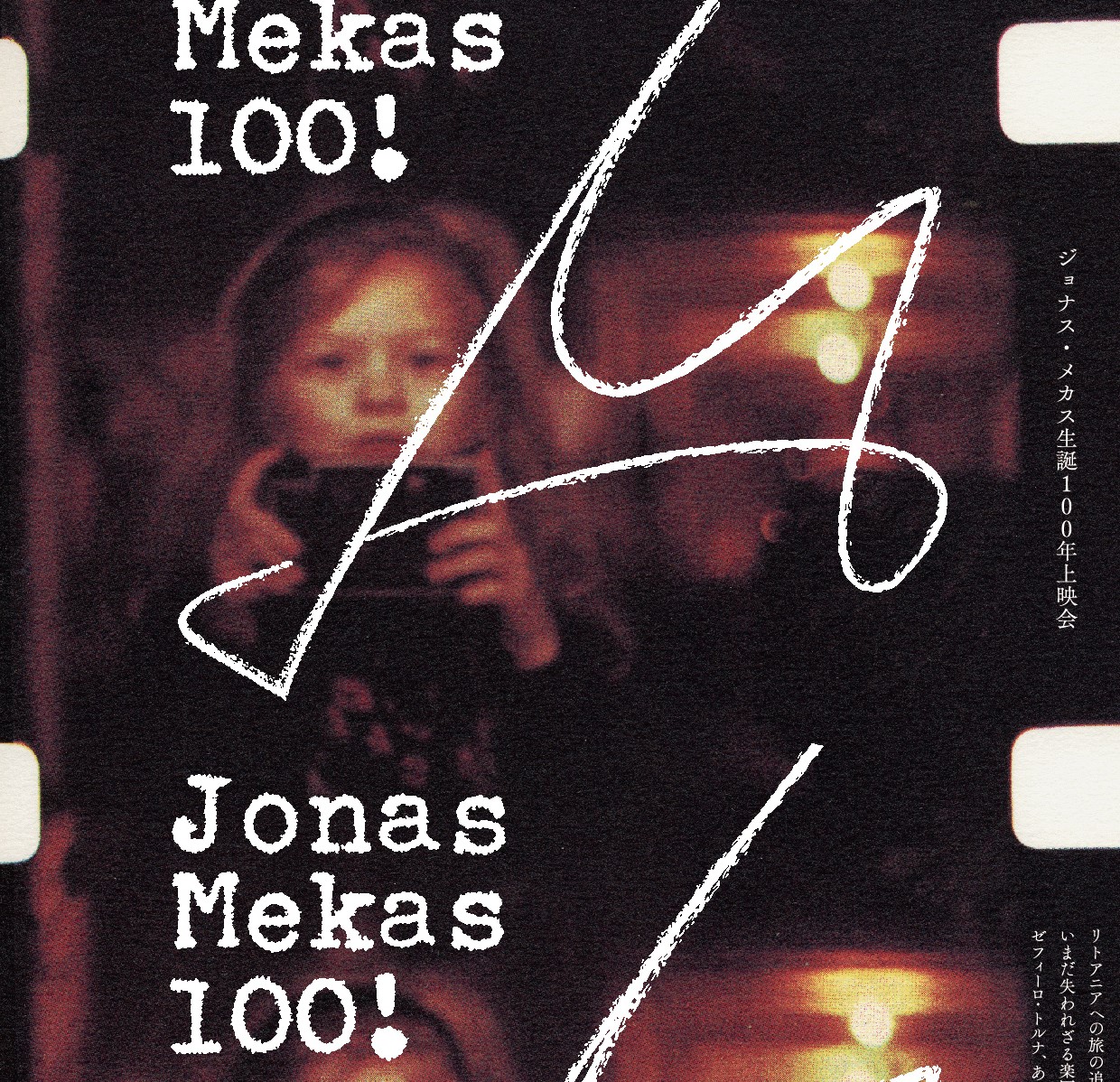 On the 100th anniversary of the famous lithuanian filmmaker Jonas Mekas, Tokyo University will screen his film works. We will show his long experimental film “Reminiscences of a Journey to Lithuania” (1972), “Paradise Not Yet Lost, or Oona’s Third Year”(1974), and a short documentary of Jonas Mekas himself about his compatriot and Fluxus-artist George Maciunas, “Zefiro Torna or Scenes from the Life of George Maciunas” (1992). All films are shown in 16mm. Also, a critic, Norio Nishijima will give a lecture on Jonas Mekas. 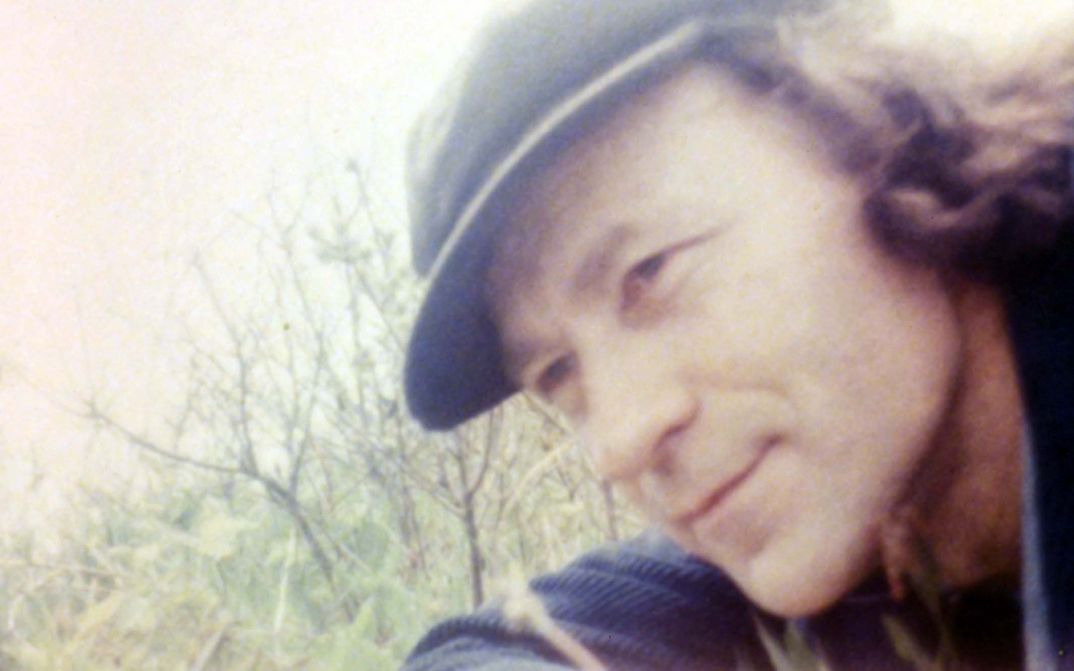 Jonas Mekas (1922 – 2019) – filmmaker, author, and curator – always said that his works were not political. However, often, the exact opposite was the case. His response to the horrors of the 20th century was to turn to the everyday in an artistic way. He sought an aesthetic form for it in his films, diaries and poems and ascribed it with a force of humanization. The eventful history of the past 100 years is reflected in his work.

On the 100th anniversary of Jonas Mekas’ birth, the program curated by Christoph Gnädig, Christian Hiller and Anne König addresses the political dimensions of his oeuvre. Panels with filmmakers, artists and like-minded peers explore Memories, Displacement, Counter-Culture, Cold and New Wars and the Politics of Everyday. In addition to the program in Cinema 1, political video works by Mekas will be installed in Cinema 2. The program will be expanded on the digital platform arsenal 3 with films by Chantal Akerman, Sergei Loznitsa, and Jonas Mekas. There will also be performative readings by Heike Geißler, Eglė Lukšaitė and Goda Palekaitė. Asia Bazdyrieva will from her Ukrainian war diary. 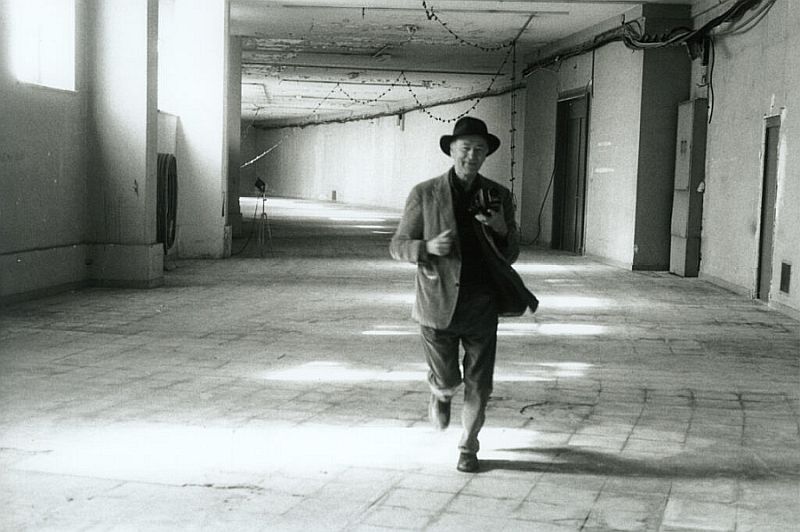 A celebration of a towering figure in the history of experimental cinema, this screening of select works by filmmaker Jonas Mekas includes one of his most celebrated films “Reminiscences of a Journey to Lithuania” (1972) as well as the rarely screened “Self Portrait” (1980). Jonas Mekas arrived in New York as a Lithuanian refugee in 1949. He would go on to leave an indelible mark on that city, surrounding himself with a found family of filmmakers and other creatives but his experiences and development as a filmmaker also remained tied to his Lithuanian roots and the journey he made in his youth. His film “Reminiscences of a Journey to Lithuania” helps trace that journey and the impact it had, a wonderful introduction to his free approach to film. That film is twinned here with the single take interview film Self Portrait.

This screening will be introduced by University College Cork’s Laura Rascaroli, Professor of Film & Screen Media

More information can be found here. 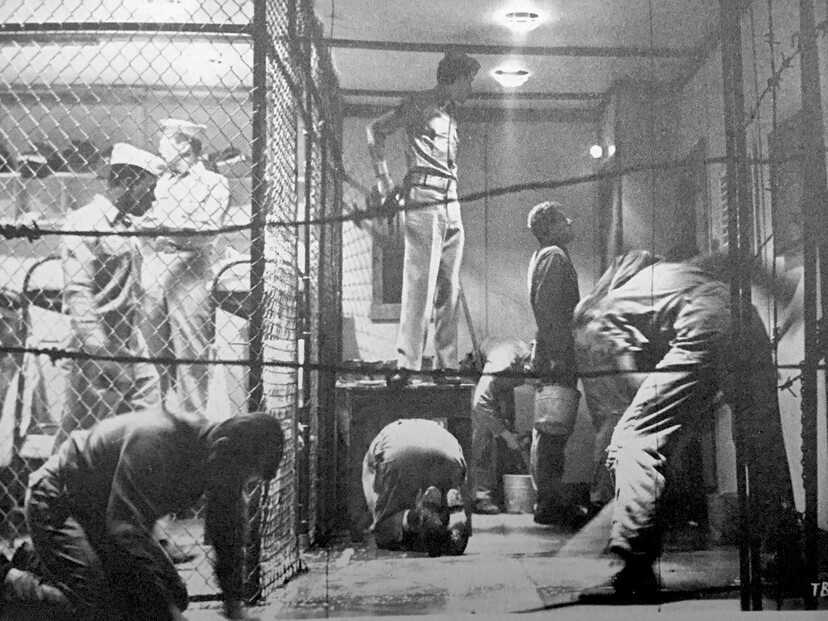 Jonas Mekas’ cinematic document of the Living Theatre’s anti-war performance became his most overtly political film. “The Brig” (1964) won the Grand Prize for best documentary at the Venice Film Festival later that year. 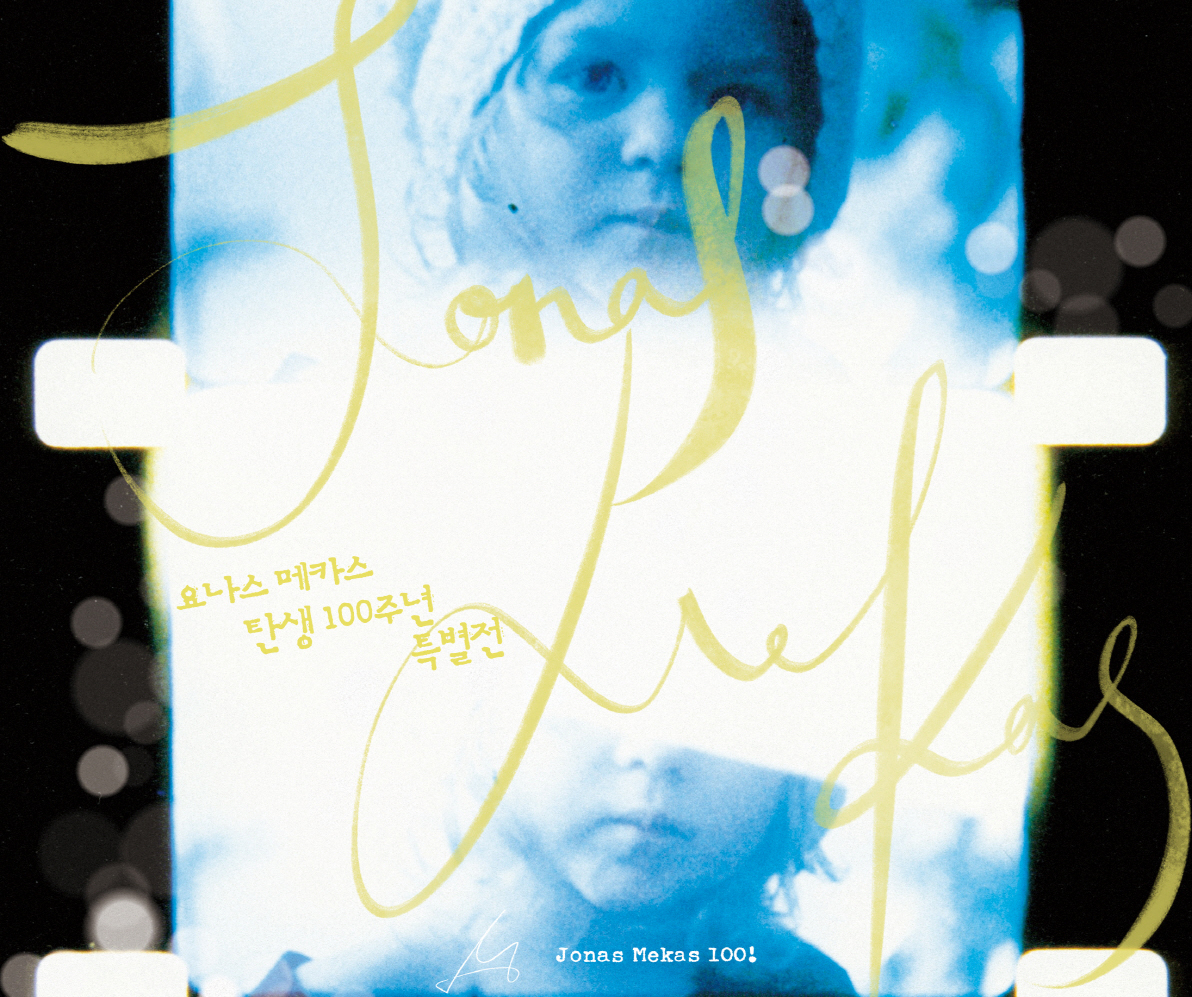 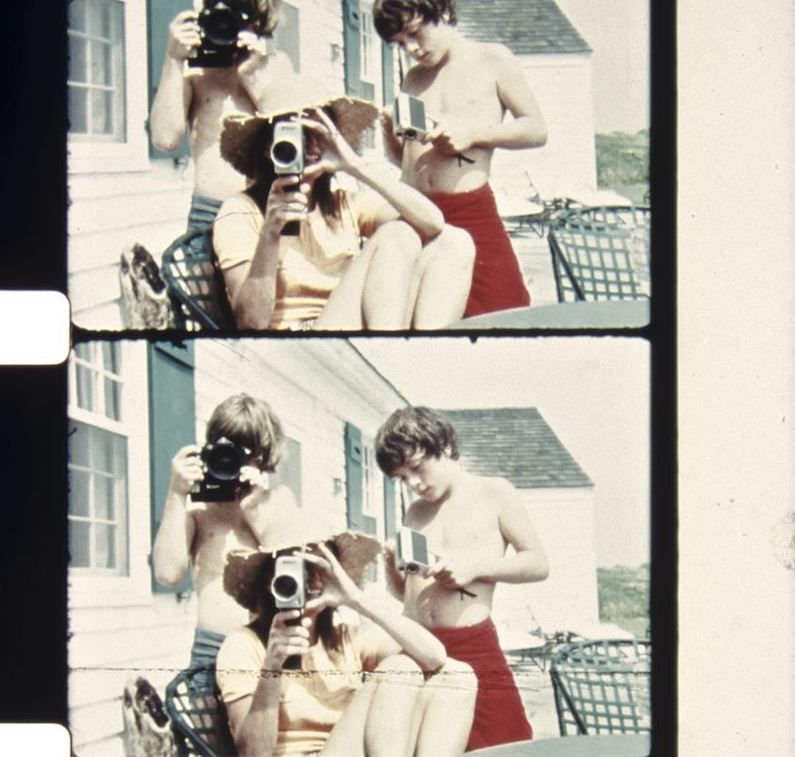 Jonas Mekas 100! – the international programme of events celebrating the 100th anniversary of the Lithuanian-born filmmaker’s birth – comes to Italy with “Images Are Real”, an exhibition and series of events curated by the duo Francesco Urbano Ragazzi, who have accompanied Mekas on a number art projects from Venice to New York, Seoul and Reykjavík.

The exhibition takes a retrospective look at the sixty-year career of Jonas Mekas (Biržai 1922 – New York 2019) within and beyond the history of avant-garde cinema. Presenting a broad selection of works ranging from the 1960s to the late 2010s, the project sets out to explore the Lithuanian filmmaker’s work as a form of resistance to human brutality, a quest for happiness through which to cope with the uncertainty of the present.

The title of the exhibition is a quote from the film “Out-takes From the Life of a Happy Man”, in which the artist’s off-screen voice reflects: “Memory is gone, but the images are here, and the images are real!”.